Overcoming my fear of failure 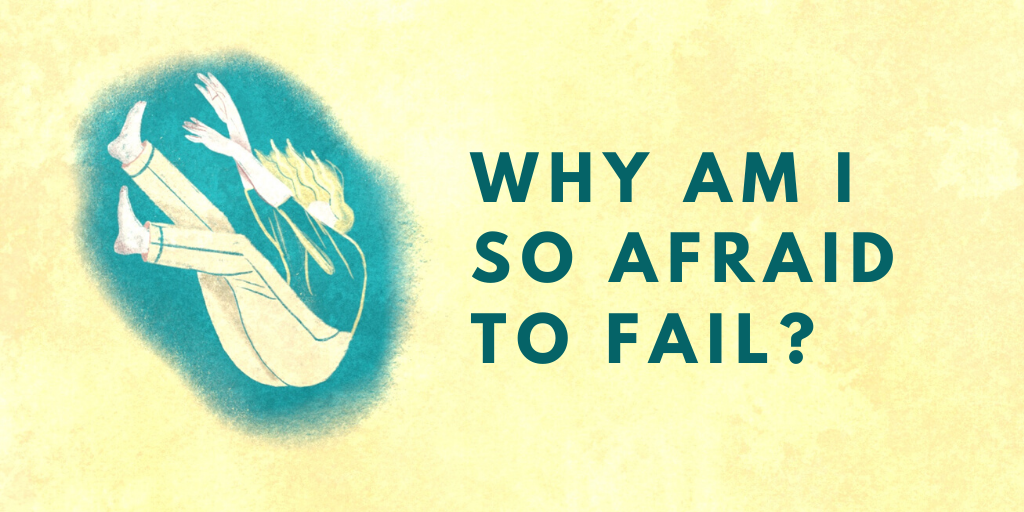 During Mother’s Day over the weekend, I thought back about the last time I was visited by my late mother.

By then it had been roughly a year since my mom had passed due to health complications. We did not have a good relationship so it was honestly scary when she appeared in my dream sometime last year.

‘Is she here to scold me? Is this gonna be good ghost or a scary ghost?’

I detailed the rest of the dream in the following three-part-comic:

As someone that wrestles with self-doubt and the fear of failure, I have been trying to live up to ‘Just take a leap of faith’.

That metaphor of ‘it will be alright, just take the first step’ has been laser burnt into my brain and I am proud that I have since started to say yes to brand new opportunities!

In the dream, my mom said the quote in response to me mulling over applying for a Masters, something unthinkable for anyone from my family and larger community. I can confidently say now that since then, I have started researching, saving money, and upskilling myself in preparation for being a potential post-graduate student in the coming year or two.

As some of y’all know, I am also unemployed for the time being. This is because earlier this year, as cliche as it sounds, I decided to ‘take a leap of faith’ and tender my resignation. This way, I forced myself to leave my comfortable work so that I can finally challenge myself to do a different kind of advocacy work, the kind of work that would be better aligned to my real passion and future career plans. (I have some good job leads currently, so please pray for me that these leads will follow through!)

Of course, I am not always this carefree/confident about projects and decisions in my life.

By default, I am an anxious person. Due to my anxiety breakdown years ago, I have since become a person that deeply prefers routine and predictability.

This was also feedback I often heard at work, ‘Roshinee is such a realist’, which might sound alright to you, but tbh, is not the best when working in an NGO that aims to push boundaries and own a big sense of possibility. Even during my farewell on my last day at work, my colleague commented that she noticed I had always been self-doubting myself.

When trauma is carried forward

I know why I am scared of failure.

I know why I like to play it safe.

I know why I need it to be perfect.

If you are like me, you were expected to give nothing less than excellence since you were a child. If you did well, well good, but you can always do better! Good was never enough. Perfection was the bare minimum.

I can admit that my own parents threatened me when I slipped from number 1 to 2 in my class during my teen years. It was absolutely bonkers to me that they felt so strongly about it, and due to the fear they created in me, it is now a memory that has since influenced this ingrained habit of needing to appear perfect at all times.

I will not do or start anything if I didn’t think I would be absolutely perfect at it. I must keep up appearances that I am great at everything that I am doing.

But that’s not how life works. That is a rigid mentality that blocks me from learning new skills and I recognize that I had missed out on a lot of opportunities in my youth because of this.

In my head, I am afraid of making a fool of myself and being scolded, even if the situation did not demand any performance, apatah lagi perfection.

I see now that although both of my parents are long gone, I have since substituted their role of scolding myself when I think I don’t meet the expected level of perfection. The cycle of being unkind continues, now from me.

My trauma is not my destiny

However, this is actually a mindset that I have been actively working on lately, ie. the skill of being kinder to myself.

I have written about this before (on believing I can go to the deep end and on changing our self-talk) and I would say this overall paradigm shift started after I had read Daring Greatly by Dr. Brene Brown early this year!

In her book, she explained that we are afraid of putting ourselves out there because it is an act of vulnerability that requires courage. The fear itself typically stemming from the tentative feeling of shame, if we ‘fail’.

To lean herself into the feeling of courage and vulnerability, Dr. Brene goes back to her favourite quote, which I have since adopted into my mine as well. It is as follows:

“It is not the critic who counts; not the man who points out how the strong man stumbles, or where the doer of deeds could have done them better.

The credit belongs to the man who is actually in the arena, whose face is marred by dust and sweat and blood; who strives valiantly; who errs, who comes short again and again, because there is no effort without error and shortcoming; but who does actually strive to do the deeds; who knows great enthusiasms, the great devotions; who spends himself in a worthy cause; who at the best knows in the end the triumph of high achievement, and who at the worst, if he fails, at least fails while daring greatly, so that his place shall never be with those cold and timid souls who neither know victory nor defeat.”

Theodore Roosevelt, “The Man in the Arena”

That really struck me!

‘At my worst, if I fail, at least I fail while daring greatly’.

Even if I don’t get a scholarship for Masters in the next two years, at least I gave myself the belief that I can aspire towards it. I will just keep trying until I do. Even though now is not the ideal time to be unemployed, at least I know that whatever my next job is gonna be, it will be one step closer to a more purposeful career (and ideally, with better pay too).

It is scary, but the only true failure, is the failure of not trying at all, I have concluded.

P.S. I genuinely recommend you get a copy of Daring Greatly by Dr. Brene Brown! Alternatively, you can watch her super-viral TED-Talk here on the topic of vulnerability or her heartfelt Netflix special here titled ‘A Call to Courage’. I promise you that you will fall in love with her by the end of it.

Do share this post if it was helpful for you because as a brand new blog, I need all the help I can get. You would help me in getting this content out to those who might really need it 🙂

Roshinee is a young Indian woman who is striving to do better by herself, and subsequently her community and Malaysia! 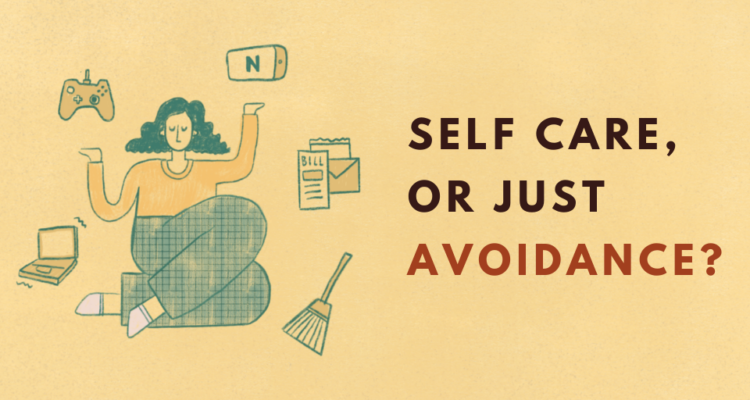 Is this self-care or avoidance?

It is hard to differentiate between the two intentions if you had not allowed yourself to be open and vulnerable with your flaws. To know when I was using my favourite habits as self-care versus as an unhealthy avoidance, I had to upgrade my 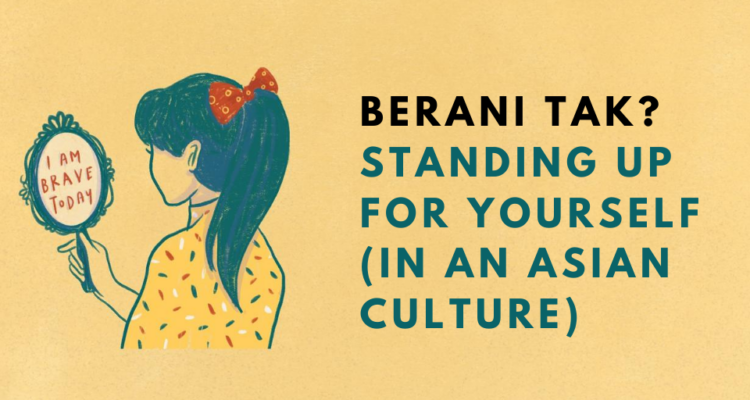 The courage in standing up for yourself (in an Asian community)

I cannot constantly excuse others or give them the benefit of the doubt to keep up appearances of me being polite or to 'jaga perasaan' - not when my value, my self-worth and my credibility has to be reduced to enable it. 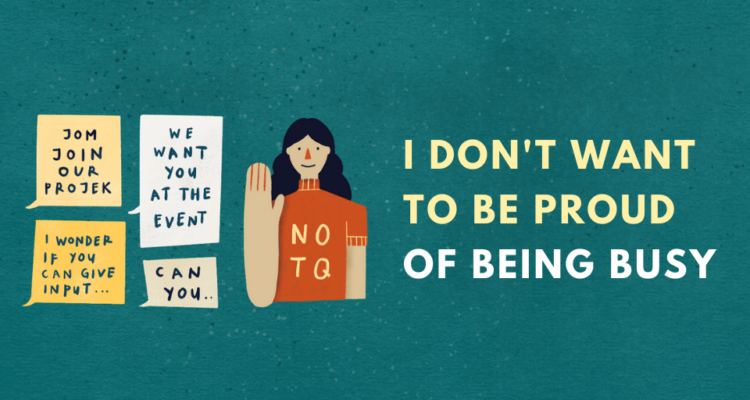 A month ago, my partner Kula asked me to reflect. "How much of the work that you currently work on, actually serves your own interest and goals? Don't you think the time you put into all this work should be prioritized towards your own project, instead of someone 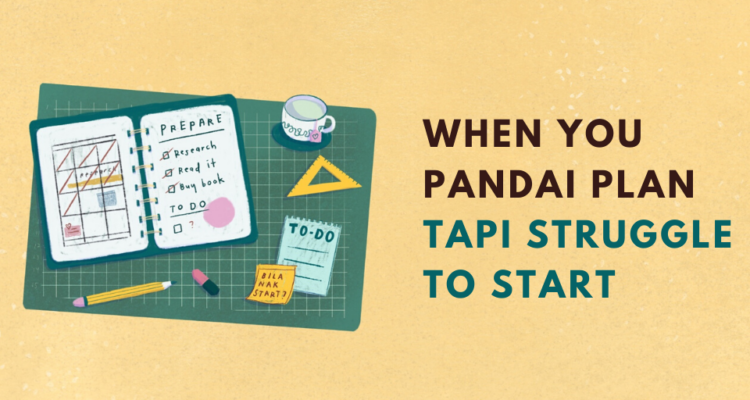 The difference between planning and starting

Tbh, in the past two years, I have spent more than a couple thousand Ringgit to upskill myself in photography and social media skills. I have bought and watched so many courses, spent money on equipment and set up several mood boards + social media plans. And yet, despite all of this, one look at

Do share this post if it was helpful for you because as a brand new blog, I need all the help I can get!